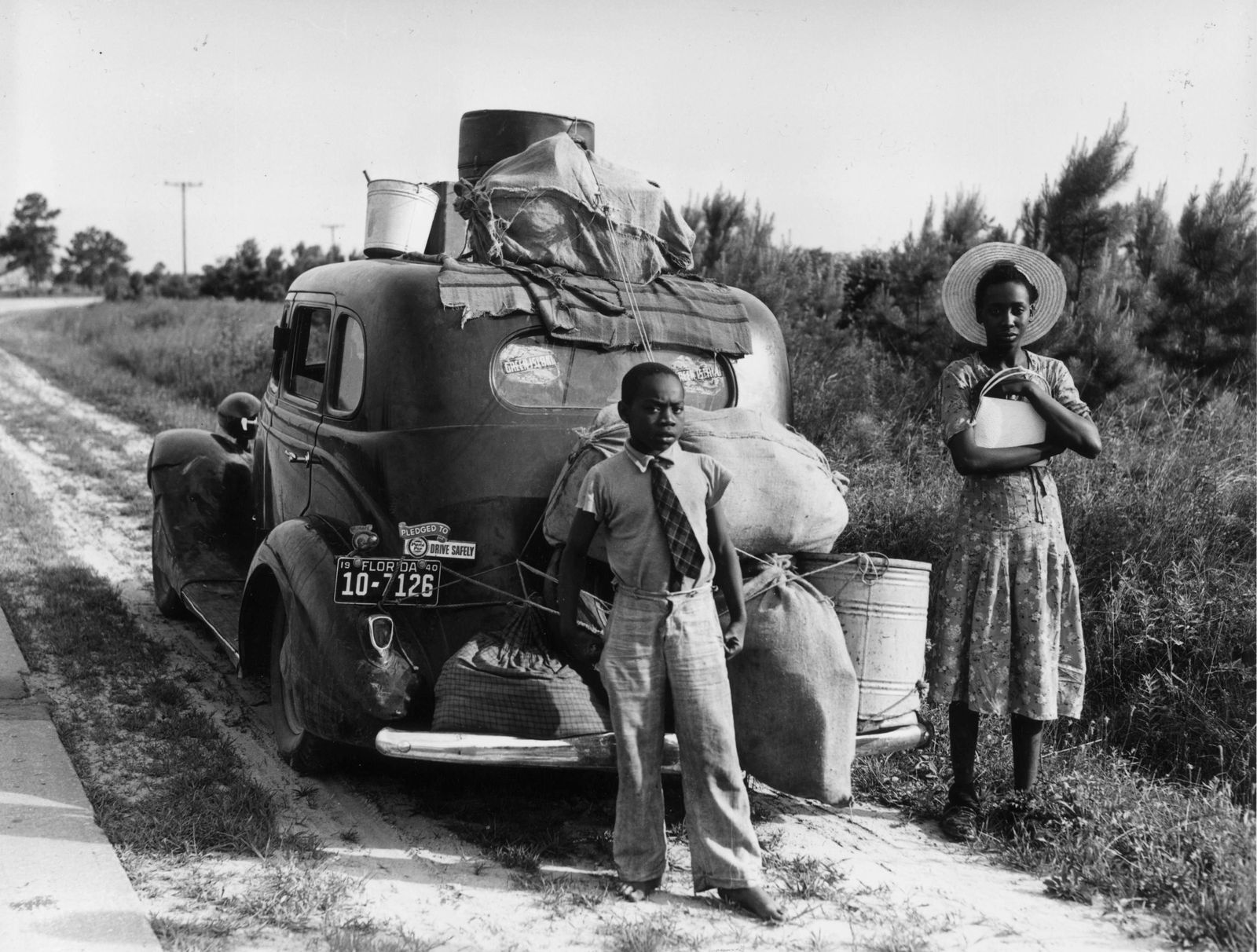 The war effort during World War 1 led to increase demand for industrial products made in the North but without the European immigrants they had been using, this left many industries without an adequate supply of unskilled workers. This lead to manufacturers to replenish their workforce with southern Blacks.

Northern companies offered well-paying jobs, free transportation, and low-cost housing as inducements to African Americans to move North. These labor agents received a fee for every recruit they provided for the company and The agents would sometimes just stand on street corners in the south and sell the idea of a better life to an eager captive audience.

In 1905, Robert S. Abbott would create the Chicago Defender and it was a big advocate for the migration of blacks to the north and Chicago specifically. Abbott used an informal distribution system with Pullman porters and entertainers to distribute the paper beyond Chicago to black readers in the South where it was banned. The Defender promoted Chicago as an attractive destination for southern blacks calling it “The Promised Land”. The defender even made the correlation of the plight of African Americans in the south to the Jews held in bondage in ancient Egypt and called the great migration the “flight out of Egypt”. Southern Blacks used The Defender to assure themselves that migrating blacks would be welcome in Northern cities or at least more welcome than in southern towns. The Defender was one of the first newspapers to describe the racial hatred that blacks felt in the south and played a major role in influencing the great migration to urban areas. Paper also advertised the success of Black individuals in the north as inspiration for Blacks to move and featured job listings and train schedules to help facilitate relocation.

Far from the promised land, the great migration triggered a housing shortage in almost ever urban center, like Chicago. This crisis was made even worse for African Americans because of segregationist policies. Although segregation in the Northern states was not defined by law, like the south. As Blacks poured in to northern cities. Angry groups of whites in major cities began to lobby for laws that prohibited landlord from renting to Blacks in their neighborhoods. Another method used were restrictive covenants (a clause in mortgages agreements that a homeowner could no sell to a specific minority) These were a strong force for racial discrimination and some of these covenants endured in some states until the 1960s. The housing shortage and discriminatory polices along with neighborhood pressure not to sell or rent to African Americans left black families with very few options for housing, so they congregated in poor neighborhoods with overpriced rent. Landlords frequently took full advantage of this housing shortage to charge exorbitant rent to black migrants.

The high cost of housing forced black families to share small apartments with friends and relatives. Some Apartments became so overcrowded that migrants would share a bed with one person sleeping while the other was at work. As the migration grew blacks seems to migrate in patterns. Moving to specific areas in the north, settling in neighborhoods where they had family and friends or area with strong black communities, some places in Chicago had neighborhoods populated with people all from the same southern town. As a positive result of the housing tensions is that many blacks ended up creating their own cities within big cities, creating a renaissance of urban African American culture.

While the black population grew in northern cities, the racial discrimination intensified and white anger and anxiety over the influx of African Americans lead to violence with increased frequency. The increased competition for jobs and housing between European immigrants and black migrants directly lead to the violence in Chicago. Where 38 people had lost their lives, it left 500 more injured and over 1000 people were left homeless.

In the aftermath of the riots, the Chicago commission on race relations found positively among African Americans. The commission conducted extensive interviews with African American migrants, and they found that despite the issues that prompted the riots, African Americans in Chicago were still overwhelmingly satisfied with their lives in the north. They were able to find jobs and were making more money than in the south. African Americans felt even after the 1919 riots, they had more freedom from white oppression in Chicago than they ever had in the Jim Crow south and expressed optimism about their northern future.