April 15th 1889, Asa Philip Randolph was born. He was civil rights activist. who founded the first Black labor union, helped organized to end segregation in defense industries and the U.S. armed forces. Randolph was instrumental in organizing of the March on Washington in 1963.
A. Philip Randolph was born in Crescent City, Florida, his father James William Randolph, was a preacher in the African Methodist Episcopal Church. and his mother Elizabeth Robinson Randolph was a skilled seamstress. Randolph moved to Harlem, New York City in 1911.
He joined the Socialist Party in 1915 and soon began publishing a magazine, Hotel Messenger, to advance their socialist views and rally fellow African Americans to the cause. In 1918, Randolph was arrested for sedition for his public criticism of Woodrow Wilson’s presidential administration and its policies during World War I.
In the summer of 1925, Randolph received an invitation to speak to a group of porters from the Pullman Palace Car Company, The company hired mostly African American men to serve white passengers aboard its luxury railroad sleeping cars. Pullman porters were generally paid far lower wages than white workers, and subjected to awful working hours and conditions. following this meeting, Randolph agreed to help organize the Brotherhood of Sleeping Car Porters (BCSP), the nation’s first predominantly Black labor union. Under Randolph’s leadership, the BSCP became the first Black union to be granted a charter by the American Federation of Labor (AFL).
In 1934, Congress amended the 1926 Railway Labor Act to cover sleeping car workers, this made it illegal for Pullman to fire members of the BSCP and paved the way for Randolph and the BSCP to win a collective bargaining agreement and sign a contract with Pullman that recognized the union, reducing porters’ monthly work hours and raised wages.
Randolph also was outspoken advocate for racial equality. In 1941, he announced a large protest march in Washington, D.C., aimed at convincing President Franklin D. Roosevelt to end racial discrimination in the nation’s defense industries. Roosevelt responded with Executive Order 8802, which opened war industries in World War II to Black workers and created the Fair Employment Practice Commission (FEPC), leading to Randolph canceling the planned march. In 1948, Randolph’s similarly helped persuade President Harry Truman to desegregate the U.S. armed forces with passage of the Universal Military Service and Training Act.
Randolph would organized several other protest marches in the nation’s capital in to the 1950s, including the Pilgrimage of Prayer (1957) and two youth marches protesting the slow pace of school desegregation..
In 1963, Randolph worked with fellow activist Bayard Rustin to spearhead the massive March on Washington. At that event, nearly 250,000 people gathered to hear from civil rights leaders including Martin Luther King Jr from the steps of the Lincoln Memorial. The March on Washington helped pave the way for passage of the 1964 Civil Rights Act, the first major piece of civil rights legislation since Reconstruction. Also in 1964, Lyndon B. Johnson awarded Randolph the Presidential Medal of Freedom for his career of activism.
Randolph retired as president of the BCSP in 1968 and He spent his later years living in New York City, and died in 1979, at the age of 90. 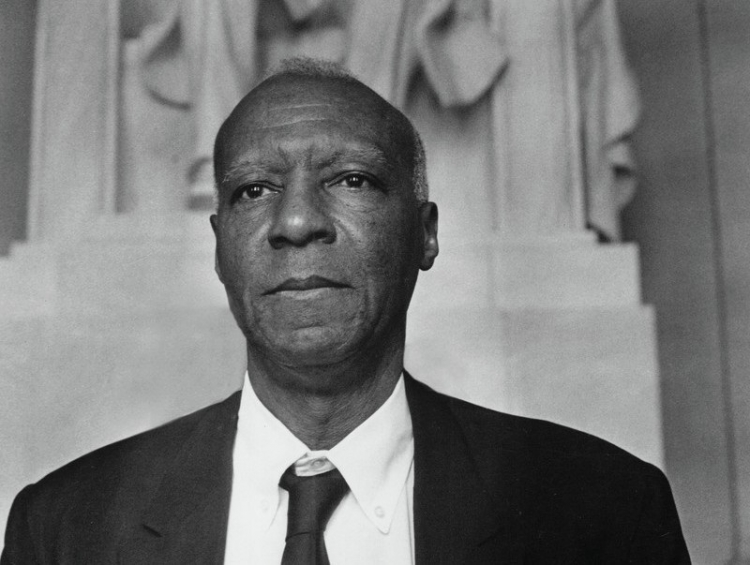