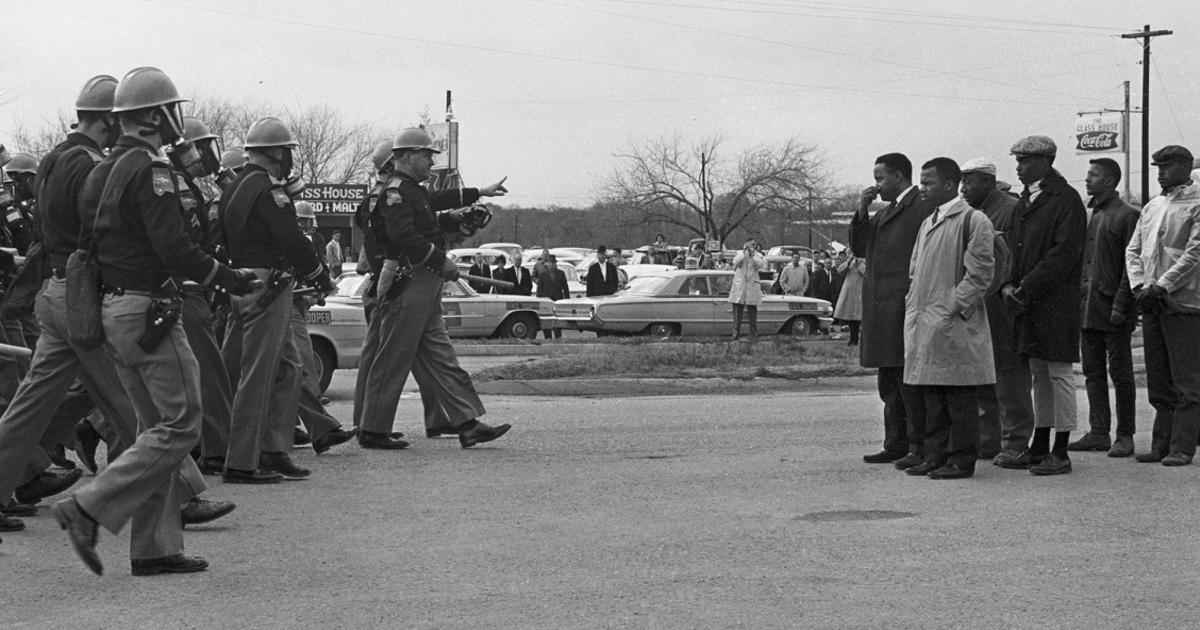 The landmark Civil Rights Act of 1964 had passed some months earlier but had done very little in some parts of the Country to ensure African Americans of the basic right to vote. No place embodied this trend than more than Dallas County, Alabama, where African Americans made up more than half of the population, yet accounted for just 2 percent of registered voters.

Between 1961-64, the Student Nonviolent Coordinating Committee (SNCC) had led a voting registration campaign in Selma and all their efforts to register Black voters in the county seat of Selma had been thwarted. In January 1965, Martin Luther King, Jr., came to the city and gave the backing of the Southern Christian Leadership Council (SCLC) to make Selma’s inflexibly to black voting rights a national concern. SCLC also hoped to use the momentum of the 1964 Civil Rights Act to win federal protection for a voting rights statute. Peaceful demonstrations in Selma and surrounding communities resulted in the arrests of thousands of Protestors.

On February 18 1965, protester Jimmy Lee Jackson was shot by an Alabama state trooper and died eight days later.  In response, civil rights leaders planned to take their cause directly to Alabama Governor George Wallace on a 54-mile march from Selma to the state capital of Montgomery. George Wallace ordered state troopers “to use whatever measures are necessary to prevent a march,” almost 600 voting rights advocates set out from the Brown Chapel AME Church on Sunday, March 7.

Led by John Lewis and other members of the SNCC and SCLC planned to cross the Edmund Pettus Bridge over the Alabama River en route to Montgomery. before arriving at the bridge, they found their way impeded by a wall of Alabama State troopers and local police, wearing white helmets and slapping billy clubs in their hands, who ordered them to turn around. When the protesters refused, the officers shot teargas and converged on the crowd, beating the nonviolent protesters with clubs and hospitalizing over fifty people.

Later that night, ABC newscaster Frank Reynolds interrupted the network’s broadcast of “Judgment at Nuremberg” a movie that explored Nazi war crimes and the moral culpability of those who followed orders and didn’t speak out against the Holocaust, to show, newly arrived footage from Selma. Nearly 50 million Americans who had tuned into the film’s long-awaited television movie premier couldn’t run from the similar historical reverberations of Nazi storm troopers in the scenes of the movie and the rampaging Alabama state troopers.

Outrage at “Bloody Sunday” swept the country. Sympathizers staged sit-ins, traffic blockades and demonstrations in solidarity with the voting rights marchers. Some even traveled to Selma where two days later Martin Luther King called for a second march. When members of Congress pressured him to restrain the march until a court could rule on whether the protesters deserved federal protection, King found himself torn between their requests for patience and demands of the movement activists pouring into Selma. King, still conflicted, led the second protest on March 9 but turned it around at the Edmund Pettus Bridge by once again by Alabama state troops.

Later on March 21 1965, a final successful march began with federal protection, The events in Selma galvanized public opinion and mobilized Congress to pass the Voting Rights Act, which President Johnson signed into law on August 6, 1965, completing the process that King had been hoped for. Today, the bridge that served as the backdrop to “Bloody Sunday” still bears the name of a white supremacist, but now it is a symbolic civil rights landmark.