On Dec. 26, 1908, In Sydney, Australia, Jack Johnson became the first African American World Heavyweight champion beating Tommy Burns
Jack Johnson in his quest to become the first black heavyweight champion wanted to fight Jim Jeffries but he had been unwilling to give the Colored Heavyweight Champion of the World an opportunity for the heavyweight title at any price.
Canadian Tommy Burns who earned the title after it was vacated by Jeffries when he retired, asked for a fee at $30,000 dollars (around $700,000 today), more than double what any prizefighter had ever earned. In response to this, Jack Johnson pursued Burns around the world, heckling him at every turn in an attempt to pressure the champion into giving him a shot.
Promoter Hugh McIntosh to make good on Burns’ demands with a guaranteed $30,000 dollars. The champion happily pocketed the money and ignored the outcry from those who insisted he was betraying the white race and tarnishing the world title, Mostly because of Burns confidence he was superior to Johnson.
But from the opening bell, it became apparent that Burns was not going to win this fight. Tommy Burns giving up 24 pounds and six inches was systematically dismantled by Jack Johnson, Johnson had so little respect for his opponent, he prolonged his suffering. Police stopped the fight in 14th round to save Burns from any further beating and prevent the mostly white crowd from turning into a full riot. 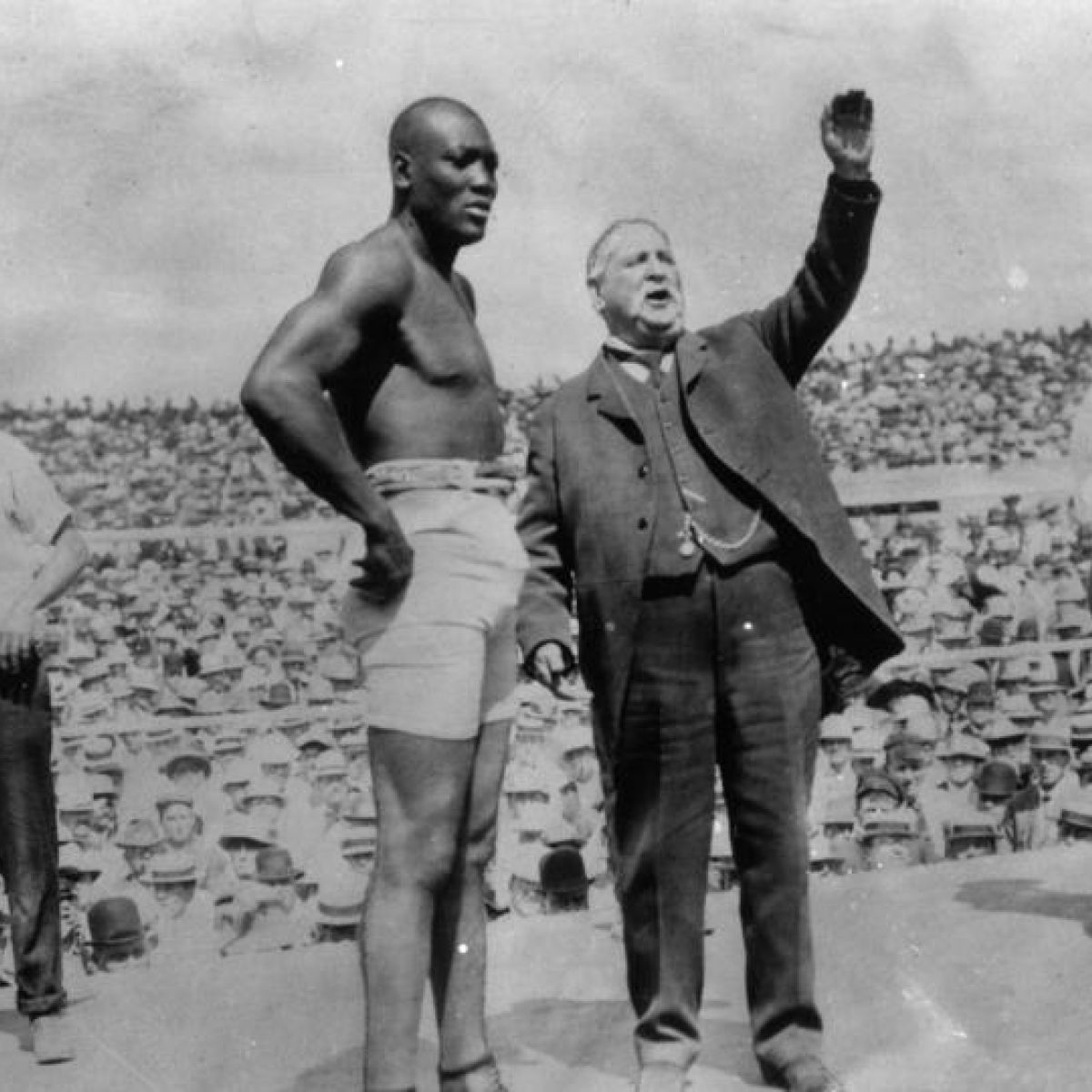