December 12, 1938, The U.S. Supreme Court ruled that states providing college education to white students must provide in-state education to African Americans. The decision came after the University of Missouri refused admission to Lloyd Gaines only because was African American.
The NAACP’s goal at the time was to funnel equal resources to black schools by meticulously challenging Plessy v Ferguson. With a secondly goal of slowly ending racial segregation. The NAACP felt they could have success in Missouri because It had no historically black colleges with law programs to user as a cover. The NAACP got a black college graduate, Lloyd Gaines, to apply to the University of Missouri law school.
The case made its way to the Supreme Court in December of 1938. The Court ruled that the University of Missouri had to admit the Gaines to its law school. The NAACP felt Supreme Court’s ruling in the Missouri case would have an affects nationwide. In early 1939, The state built a new, law school at historically black Lincoln University in Jefferson City. The state then claimed that with separate and equal facilities were now available to Gaines and there was no need to admit him to the University of Missouri.
The NAACP lawyers argued that Gaines should be admitted to the university because the new school was not ready. the Missouri State Supreme Court ruled in favor of the NAACP.
Lloyd Gaines would was said to have grown tired of the constant press and felt like a pawn to the movement, One day, he left home to buy stamps, and was never seen again.
In 1940, the state of Missouri asked to dismiss the case due to the absence of the plaintiff and the courts agreed. 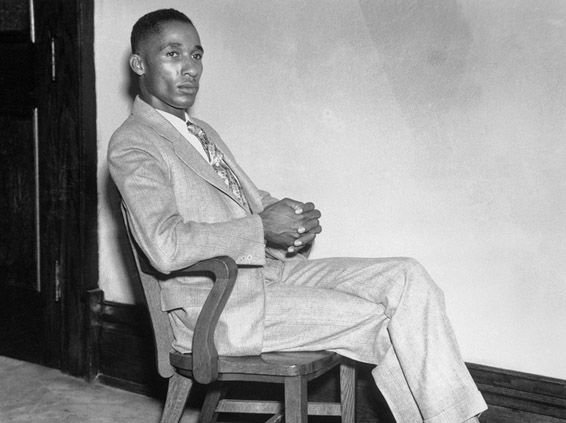