January 12th 1865, "40 acres and a Mule" was created. With the Civil War coming to a close Union General William Tecumseh Sherman met with 20 black leaders in a Savannah mansion on Macon Street to put together the plans for "40 acres and a mule”
January 16, 1865, Sherman issued Special Field Orders, No. 15. It provided for the confiscation of 400,000 acres along the coast of SC, Ga and Florida and divided up in to parcels of no more than 40 acres. Mules were not mentioned in the order but some people did receive them.
The Special Field Orders were issued by Sherman, and not the federal government, because of this these settlements were most likely never intended to be permanent but after Lincoln's assassination, any dream of land from the Federal government for Freed people died. Andrew Johnson became president. He was a firm belief in states rights and a slave owner, he also showed little concern over the status of newly freed people.
On May 29, 1865, Andrew Johnson issued an amnesty proclamation to ordinary Southern citizens who swore loyalty to the Union, they would receive political immunity as well as, the return of confiscated land. The Charleston Freedmen Bureau's office actually refused to carry out President Johnson's wishes and denied applications to return the land, Johnson had the staff removed, Congress was able to assist some families in keeping their lands.
In the end, Southern land owners regained control over almost all of the land they had before the war. The South was in a major economic downturn and in need of a docile labor force willing or forced to work for low wages.
So, the Freedmen's Bureau was transformed into a enforcer of wage labor. The Bureau traveled throughout the South explaining that the government was not, going to give Freed people land and instead insisted on having labor contracts between Southern planters and freed people. 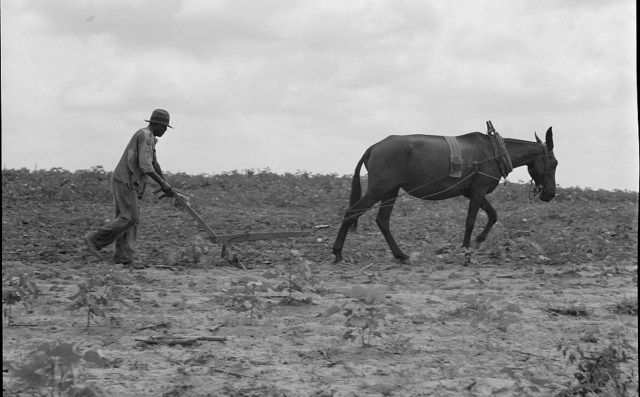