January 17, 1942, Muhammad Ali was born. Born Cassius Marcellus Clay Jr, he was professional boxer, entertainer, and activist. He is widely regarded the greatest heavyweight boxer of all time and named Sportsman of the Century by Sports Illustrated in 1999.
One of Ali's lasting legacies is his refusal to be inducted in the Army after he was drafted in 1966. Ali had been classified as 1-Y in 1964 because of his dyslexia, but his draft status was reclassified as 1-A in 1966 when the Army lowered its standards.
Ali was scheduled to defend his title against Zora Folley in March 1967. While training for the fight, he received word that he'd been drafted and had to report for induction in Houston on April 28, 1967.
Ali gave a press conference and stated asked why he should go 10,000 miles to kill innocent brown people? Within hours, Ali found his boxing license pulled and he was banned from the sport at the peak of his abilities.
In May 1967, the Ali met with Dr. Martin Luther King Jr. in Louisville during Kentucky Derby Week. While King agreed with Ali's draft resistance. King stated, "I'm against it. I think the sooner our country does away with the draft, the better it will be for everybody."
Ali never served a prison sentence, he was unable to work for more than three years while his case worked its way through the courts. The Supreme Court eventually ruled 8-0 in Ali's favor in June 1971.
Ali returned to the ring in October 1970, when Atlanta granted Ali a boxing license to fight against Jerry Quarry. Soon the rest of the boxing world followed suit, and Ali was back at center stage in New York City for his March 1971 against heavyweight champ Joe Frazier 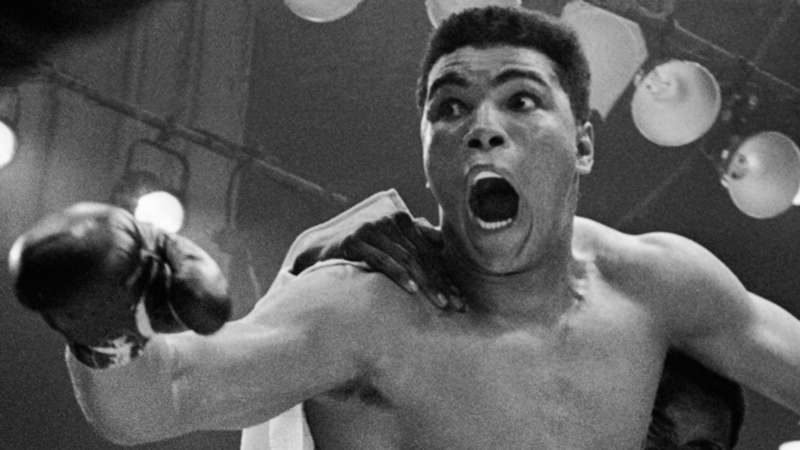