January 24, 1993, Thurgood Marshall passed away at the age of 83. He was a lawyer and civil rights activist, who later served as a Supreme Court Justice from October 1967 until October 1991.
His most famous Cases was argued before the Supreme court was Brown v. Board of Education of Topeka.
By 1950s, The NAACP felt it was time for a more aggressive approach to end Plessy v Ferguson and looked to Marshall for how to proceed. The NAACP got their answer in public school district of Topeka Kansas. When they refused to enroll the daughter of local black resident Oliver Brown at the school closest to their home. She instead had to ride a bus to a segregated black elementary school farther away.
The lower courts found that the segregated schools were "substantially equal with respect to buildings, transportation, curricula, and educational qualifications of teachers." This meant Supreme Court case specifically hinged upon only the matter of segregation.
In 1952, The Brown’s case and four other cases that related to school segregation first came before the Supreme Court, the Court then combined them into a single case under the name Brown v. Board of Education of Topeka.
Marshall augured before the Court that segregated black students in Topeka, even with equal facilities, were being denied equal educational. “The Constitution does not stop with the fact that you have equal facilities, but it covers the whole educational process.”
Paul E. Wilson, an assistant attorney general for Kansas, In his argument put the issue squarely on the Supreme Court. The state of Kansas was happy to do whatever the Court decided, but the Court had never overturned 1896 Plessy decision.
May 17, 1954, The Court concluded that segregated public education was inherently unequal, violated the Equal Protection Clause. It mandates that individuals in similar situations be treated equally by the law and therefore segregation in public schools was unconstitutional
This landmark case was considered Marshall’s greatest victory as a civil-rights lawyer. It also helped establish the precedent that “separate-but-equal” was in fact, not equal at all.
To Learn more:
https://www.onemichistory.com/the-real-thurgood-marshall/ 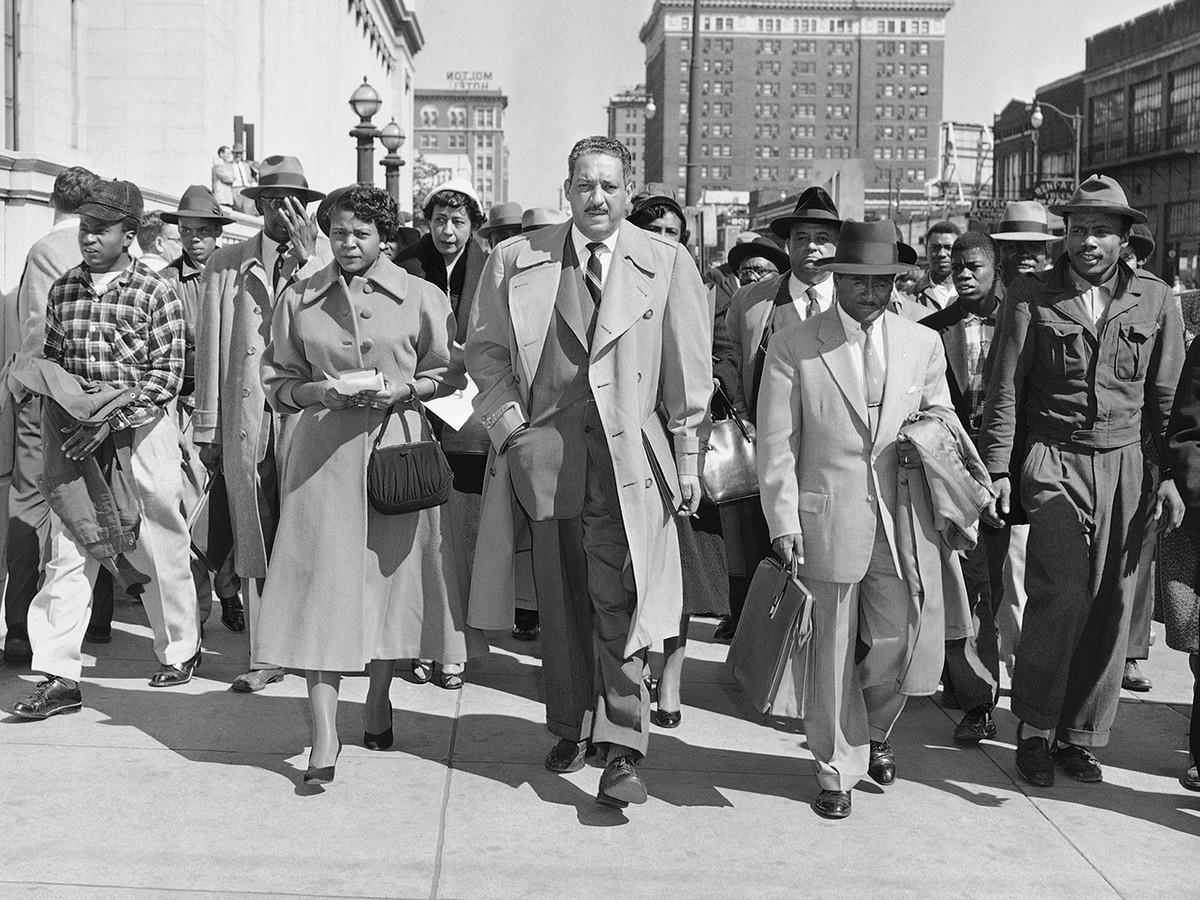