January 31, 1919, Jack Roosevelt Robinson was born. He was an professional baseball player who became the first African American to play in MLB for the Brooklyn Dodgers in April 15, 1947.
In 1941, Branch Rickey had also begun investigating the possibility of including black players in the dodgers future, Rickey narrowed the list down to Roy Campanella, pitcher Don Newcombe and Jackie Robinson.
All three men had the background and character that Rickey was looking for. Rickey chose Robinson because he was the oldest and least tainted by black baseball and with the temperament to walk the minefield with a cool head and understand why he need to do so.
Jackie Robinson meeting with Branch Rickey on August 28, 1945. Rickey would get right in Robinson's face screaming at him in an attempt to provoke him. Robinson would ask "Mr. Rickey do you want a ballplayer who is afraid of fighting back?" Rickey then prose the possibility that a white player might come sliding in to Robinson with spikes up with a fist aimed at his cheek. Robinson stated "I've got another cheek".
Robinson later admitted in his memoir that Rickey's hard and unrelenting gaze made him feel almost naked but when Robinson stood up to Rickey's barrage and clearly demonstrated that upon encountering the inevitable act of racism, he would be able to keep his head cool.
Branch Rickey knew he had picked the right man to integrate the Major Leagues. Robinson contract was pretty mundane, it was 600 a month with the Montreal Royal and a 3500k signing bonus, this was 200 dollars more than Jackie had been marking with the KC Monarchs.
Rickey the most significant contract language was the stipulation that from here on Robinson had no written or moral obligation to any other club. This meant that Robinson was free and clear from his liability with the Monarchs and the Monarchs would not receive any compensation from the Dodgers. The inclusion of this clause severely hurt the negro leagues ability to function as a commercial enterprise.
On October 23, 1946 Hector Racine president of the International League's Montreal Royals made the fateful announcement of Jackie Robinson was signing with the Dodgers organization. 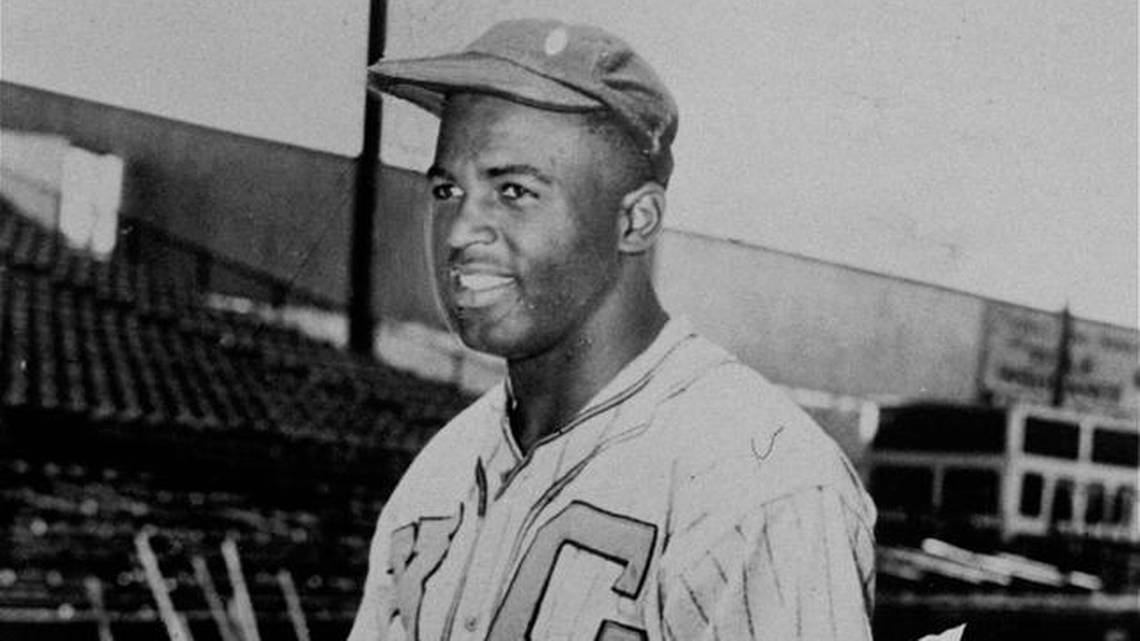