March 2, 1955. Claudette Colvin was arrested for challenging segregation in Montgomery

March 2, 1955. Claudette Colvin was arrested for challenging segregation on the Montgomery bus line, the act preceded Rosa Parks' by nine months.
Claudette Colvin and her classmates were let out from school early, They would take the bus heading toward downtown Montgomery and sat in the Black section, While they were riding the bus the white section of the bus filled up and white woman was left standing.
The driver called out, and ordered Claudette and 2 other black students on her row to get up but she refused. The driver yelled out again, "You got to get up!" and another black student answered back, “She ain’t got to do nothin’ but stay black and die.”
So the bus driver called police and complained that two Black girls were in violation of segregation laws. One of the Black girls moved toward the rear when asked, the police report states, but Claudette continued to refused and was arrested.
Claudette would become one of the plaintiffs on the federal case, Browder v Gayle, filed in February 1956 during the Montgomery bus boycott which ultimately led to the desegregation of Montgomery’s buses December 20, 1956. 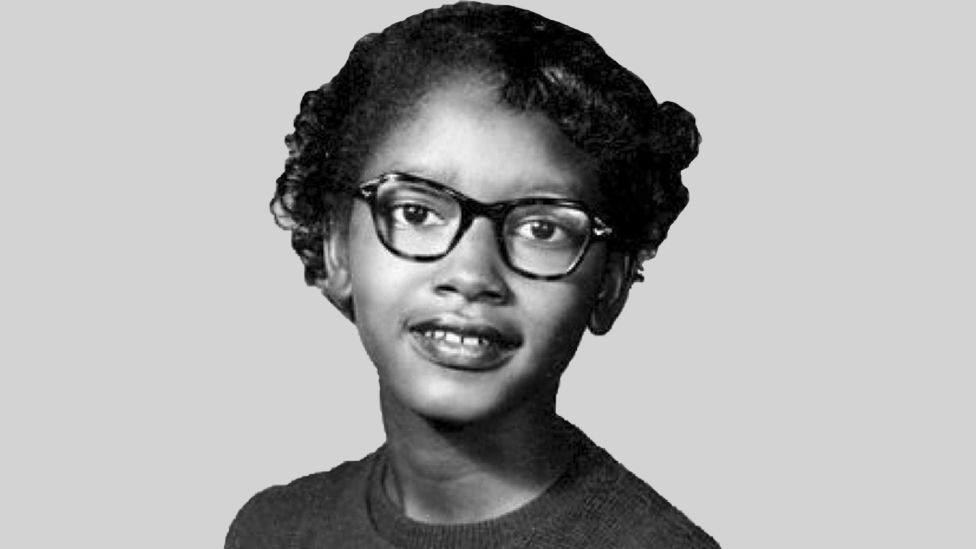