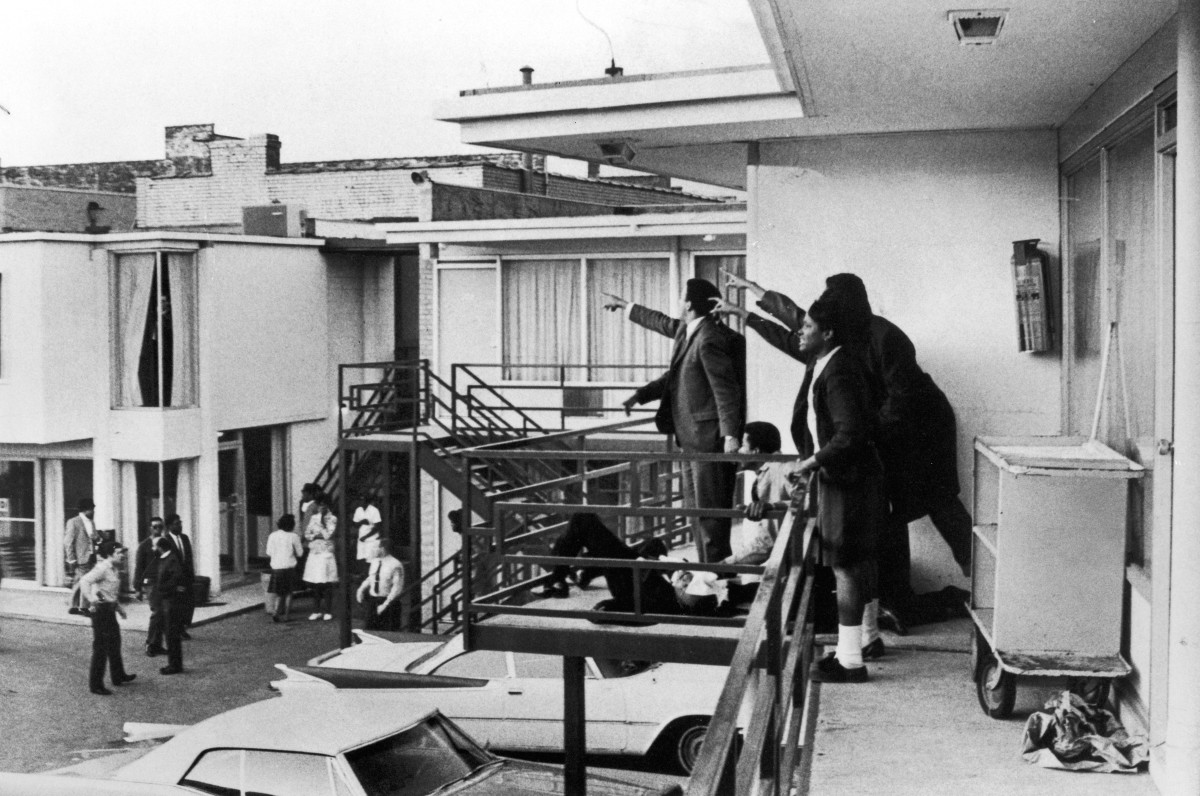 Martin Luther King, Jr. was assassinated in Memphis, Tennessee, on April 4, 1968, an event that shocked the world. A Civil Rights Leader, Baptist minister and founder of the Southern Christian Leadership Conference (SCLC), His assassination led to an outpouring of anger among Black Americans, as well as a period of national mourning that helped speed the way for an equal housing bill that would be the last significant legislative achievement of the civil rights era.

During the Mid to Late 60s, Dr. King was facing criticism from younger African American activists who favored a more confrontational approach to seeking change. These more radical African American's felt that King’s advocacy for nonviolence in the face of the continuing repression suffered by African Americans, no longer worked and it was time for change in approach. In the face of this opposition, King would begin speaking out publicly against the Vietnam War and working to address issues like poverty and unemployment.

Early in 1968, while planning a march on Washington to lobby Congress on behalf of the poor Americans, King and other members of the SCLC asked to come to Memphis, Tennessee, to support a sanitation workers’ strike. On his first trip had brought a crowd of 15,000 to hear the commanding civil rights leader speak at Bishop Charles Mason Temple on March 18, He had returned to lead a march 10 days later. King was determine return a third time to prove that his method of nonviolent demonstration still had teeth.

April 3, King would give a speech at the Mason Temple Church in Memphis. In his speech, King almost foreshadow his own passing, ending with the words: “I’ve seen the promised land. I may not get there with you. But I want you to know tonight, that we, as a people, will get to the promised land. And I’m happy tonight. I’m not worried about anything. I’m not fearing any man. Mine eyes have seen the glory of the coming of the Lord.”

In the late afternoon April 4, King discussed organizational matters with his staffers, at 6:05 p.m. King was preparing for dinner and stepped on the second-floor balcony of room 306 of the Lorraine Motel in Memphis, when a sniper’s bullet struck him in the neck. he was rushed to St. Joseph's Hospital but the bullet had punctured several vital arteries, fractured his spine, and 39-year-old Dr. King was declared dead at 7:05 p.m., at the age of 39.

Shocked over the news, King’s death would sparked rioting in more than 100 cities around the country, President Lyndon B. Johnson urged Americans to “reject the blind violence” that had killed King, and called King the “apostle of nonviolence.”

June 8, authorities apprehended a suspect in King’s murder at London’s Heathrow Airport, a criminal named James Earl Ray. Witnesses state they had seen him running from a boarding house near the Lorraine Motel carrying a bundle; prosecutors state he fired the fatal bullet from a bathroom in a near by building. Authorities found Ray’s fingerprints on the rifle used to kill Dr. King, along with a scope and a pair of binoculars.

On March 10, 1969, Ray pleaded guilty to King’s murder and was sentenced to 99 years in prison. No testimony was heard in his trial. Afterwards, Ray would recanted his confession, claiming he was the victim of a conspiracy.

In the aftermath of King's Assassination America mourned King’s passing but the killing served to widen the rift between Black and white Americans, as many African American's saw King’s assassination as a rejection of their vigorous pursuit of equality through the nonviolent. His assassination would further radicalized many moderate African American activists, fueling the growth of the Black Power movement and the Black Panther Party in the early 1970s.

Martin Luther King remains the most widely known African American leader, and the public face of the civil rights movement.